T-Mobile launches an HSPA network in New York, with more markets to come in 2008: The company was rumored to be only offering voice over 3G and a UMTS network. The announcement today says they’ll offer full HSPA, with handsets coming later in the year for that network. For now, they have UMTS (slower) devices. That means that the network will operate at first due to device limitations just at 200 to 300 Kbps downstream. Because T-Mobile bought 1.7 GHz and 2.1 GHz spectrum, they’ll need special hardware designed for their network; 1.7 GHz isn’t used in the US previously or in Europe for 3G.

Qualcomm Loses Another Battle with Broadcom

A U.S. District judge has provided Broadcom with broad wins: The judge provided a permanent injunction against Qualcomm’s ability to sell cellular data chips that were deemed to infringe on Broadcom’s patents. Qualcomm must immediately stop selling WCDMA chips—that’s the technology used in UMTS and HSPA, 3G extensions of GSM—and can continue to sell EVDO chips through Jan. 2009 to customers they were selling products to as of May 29, when the infringement case was decided by jury. Qualcomm faces a mandatory set of royalties for those continued chip sales, and must negotiate with Broadcom for one set of royalties that the judge didn’t proscribe.

Qualcomm will be able to design around this injunction by producing new chips that don’t use the same processes that were found to violate Broadcom’s patents, but it will take a number of months, and leaves them out of the rising HSPA market that AT&T and T-Mobile will be pushing harder on as AT&T completes its faster 3G network and T-Mobile starts its real 3G buildout using frequency purchase at auction several months ago. 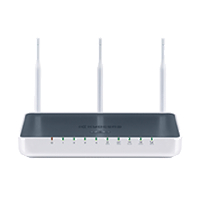 AT&T has started to upgrade its network to handle HSUPA—the U being for Uplink meaning upstream—and now has a card that can handle that, too: The Sierra Wireless AirCard 881 LaptopConnect PC Card will support HSUPA speeds that should average between 500 to 800 Kbps as AT&T upgrades its network this fall. HSDPA (downlink or downstream) already offers rates that AT&T cites as between 600 Kbps and 1.4 Mbps, although that 1.4 Mbps figure is closer to a peak rate (they don’t use the word average here). AT&T is deploying 3.6 Mbps HSDPA, while 7.2 Mbps is already available in Europe. Competing 3G networks from Sprint Nextel and Verizon offer comparable speeds on the portions that use EVDO Rev. A, which is an ever-larger majority percentage of both those firms’ networks, reports say.

The card is free with a two-year contract until Nov. 3, and has the usual $60/mo. with commitment rate, or $80/mo. with less, for unmetered usage. The AirCard 881 works with GPRS and EDGE worldwide, too.

China will accept W-CDMA and CDMA 2000 as standards on its future 3G networks: These two international standards can be considered alongside the domestic TD-SCDMA technology China has been testing for years, and which the country issued a spec for in January 2006. Adding these options as acceptable 3G technology choices may simply be a sop to conform to international pressure or requirements.

China prefers to have unique, domestic standards, and to require foreign manufacturers to partner with Chinese firms to manufacture gear using non-domestic standards. It also likes to have specific methods by which the government can easily access information and data on Internet, wireless, and cellular networks, and their homegrown standard may be more amenable to that than those created for international markets.

Sprint brings EVDO Rev A to Mac and Windows laptops through Novatel Wireless ExpressCard modem: The EX720 will run $180 with a two-year commitment. The announcement explicitly states support for Mac OS X and Windows. Sprint’s monthly service is $60 per month for unmetered usage with a two-year commitment, but no voice plan is required. The ExpressCard is found in most new laptops sold to professionals, and Apple’s single MacBook Pro high-end laptop model. (I write unmetered because it’s not unlimited: there are limits to use.) Sprint already offers a Novatel USB modem, and three PC Card modems.

The EVDO Rev. A network operates at substantially higher upload speeds than Rev. 0 and somewhat better download speeds—average speeds tend to be reported as 200 to 350 Kbps up and 450 to 800 Kbps down. Sprint is claiming in a release 350 to 500 Kbps up and 600 Kbps to 1.4 Mbps down!

The card, like all EVDO Rev. A modems, works with Rev. A and Rev. 0 networks, as well as 1xRTT, a modem-speed standard.

T-Mobile will use gear from Nokia and Ericsson for its U.S. rollout of true 3G cell: T-Mobile’s American air said it will spend about $2.7b over two to three years to upgrade its network to 3G using the new spectrum it acquired at auction this fall.

T-Mobile said today that they would use their new spectrum licenses to build a 3G network: The company spent $4.2b to acquire about 23 MHz of nationwide spectrum in the 1700 MHz and 2100 MHz bands. They will deploy what’s being called UMTS across the US starting later this year; they have equipment deployed already, waiting to be turned on, apparently.

UMTS is a generic term for 3G GSM-evolved networks, but is also often used to refer to the first, slow flavor, somewhere between EDGE/1xRTT speeds and EVDO. HSDPA, which is what T-Mobile will be largely deploying (although details are a little scanty), operates around EVDO Rev. 0 speeds at present. Near-term versions of HSDPA should match EVDO Rev. A. GigaOm writes that the company is discussing the network as HSDPA-ready rather than as running HSDPA.

The frequencies that T-Mobile’s UMTS service will work on don’t match up worldwide, requiring new equipment. Europeans do offer UMTS over 2100 MHz, but not in the same configuration that T-Mobile will deploy.

T-Mobile will rev up the service in limited markets this year, with the full deployment taking through 2008, apparently. Handsets and services won’t be launched until mid-2007. The company also said that UMA (unlicensed mobile access), which allows seamless roaming between Wi-Fi and cell networks while making voice calls, will be in trials this year.

T-Mobile USA’s head says the company to offer 3G services in 2007: T-Mobile’s plans have lagged the other soon-to-be-three much larger U.S. competitors due primarily to a spectrum deficit, but also the desire to wait out early 3G technology, it seems. T-Mobile has unlimited GPRS plans, which seems a little pokey (though reasonably priced) contrasted against unlimited EDGE (Cingular, nationwide) and 1xEVDO (Verizon Wireless, certain major cities).

T-Mobile will have to buy spectrum, and believes this will be easier and cheaper with fewer competitors in the market. The company will start offering 3G in the second half of 2006, but won’t add applications like music downloads until 2007.